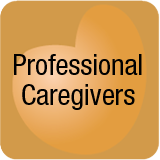 How many times does your resident, client, co-worker or parent say, “kids today – I wonder what they’re thinking?”  If we are honest we might include ourselves in this group —  never wanting to admit we might be at the early stages of thinking like our parents.  It’s a scary thought!  You see them on city streets, behind cash registers in your place of work.  You try not to stare.  Your eyes become fixated on a tattoo or maybe several piercings above the eyebrow, small metal rings clinging to a lip or nose; pants hanging practically down to the knees showing an expanse of underwear above.  You wonder what is it that makes someone want to molest their own body or to have so little disrespect that their underwear becomes a personal statement.

The Pew Research Group recently published a study shedding light on the younger generation, those aged 18-29, called the Millennials. What about all those tattoos and piercings?  They see it as self expression.  It’s no different (well maybe a little) 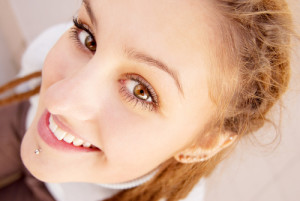 than the 60’s generation growing their hair long.  Nearly four-in-ten have a tattoo (one is not enough: about half of those with tattoos have two to five and 18% have six or more). Nearly one-in-four have a piercing in some place other than an earlobe – about six times the share of older adults who’ve done this.1  They want to say, here I am, look at me — and don’t we do just that, we can’t stop staring!  We can’t help ourselves. The Millennials splatter minute personal details of their lives on the internet, Facebook and other social networking sites, not considering that their employer might find questionable information in their file.

Then family life, thirty seven percent of this age group is unemployed, many living at home with dismayed or frustrated parents wishing they would just get a job and leave.2  Do they wonder why they are unable to find a job when they look like something out of a Frankenstein novel or when Facebook sites talk about doing drugs or having sex with multiple partners.  What happened to craving independence, leaving home at 18 and never coming back?  Those were the good old days.

The Millennials live at home and keep returning like a bad cold.  Yet because of their unemployed and home bound status they are slated to become the most educated generation in history.  No job; why not return to school?  The upside of living at home is a return to the concept of family values.  This generation, unlike the Baby Boomers, believes it is okay for grandma or grandpa to live with the family if they need help.  Yet fewer are married than were their parents at the same age.  Nearly 33% of females have children outside of wedlock.

They were the strongest supporters of Barack Obama’s in 2008, (66% to 32%) greatly conflicting with older voters who only marginally supported the current president. 3  Millennials believe in the good of the government and the fact that it should support the people.  Someone, surely not the father, has to support the children of all the unmarried mothers.  Give them time, maybe they will learn.

And then there is the world of electronics and technology.  Why talk when you can text or email to find a date or break up with someone?  The older community does not understand that IPODS are like tape recorders or that computers are just more complicated electronic typewriters.  What happened to sitting on the front porch on warm summer evenings and having a conversation?  Those were the good old days.  How many of you enjoy vacations away from computers and cell phones where it is impossible to be found?  Millennials do not wish to be disconnected even for a minute.

For those in middle age, did you ever consider that there is a generation ahead of us whose lives are more interesting than the information printed in history books?  Even books are becoming a thing of the past with online books and readers. Bookstores are going out of business.   Among us are World War II veterans, disappearing at alarming rates, who can tell true stories of D-Day, Pearl Harbor and the Great Depression that are more fascinating than anything one will ever read.

Regardless of our age, it is time to learn from passing generations before they disappear and it is also time to try to accept the younger generations because they’re not going away at least anytime soon.  They are the caregivers of the future in our care communities, nursing homes and home health companies.

How do we find common ground with generations with whom we feel we have nothing in common?  Just like we do with most people we take an interest in — we ask questions and gain their perspective.  We don’t have to agree, but it is helpful to communicate, especially if we work with them day after day.  Did you ever consider the Millennials see us just as oddly as we see them?  Touché.

1, 2, 3, Millennials a Portrait of Generation Next.  Pew Research Center. www.pewresearch.org/millennials

Return to Professional Caregivers Page Return to All Category Page

Home » Tattooed and Pierced: Millennials in the Workplace