Taking End of Life into Your Own Hands 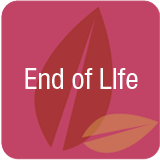 Health care reform is in the press and arguments about whether the government’s idea of rationing “will kill grandma” has delivered a great deal of controversy.  Studies of healthcare in England place a value on the last year of life at $45,000.  If the care required by an individual exceeds this amount, whether or not they will receive additional care is debatable.

Being totally honest, who wants to talk about dying?  Presentations about death result in empty rooms and conference halls.  Avoidance and denial represent the crux of the issue.  We are ignoring our own end of life care that the government has intervened because consumer indecision costs the medical system too much.

Consumers might solve the problem if end of life discussions occurred more frequently.  Only 30% of Americans have living wills.  This means, for those of you without a living will, if you become seriously ill and end up on life support there is no one to make decisions for you; no one to turn off the machines to keep you artificially alive. And since you will be unable to speak up your life will be preserved by lifesaving treatment like antibiotics, feeding tubes, and being placed on a ventilator.  The thought of this would have many of you rolling over in your grave in disagreement, that is if you were already dead and not being kept alive by mechanical means.

The role of your physician is to extend your life.  But what if you have a terminal illness or are in chronic pain?  To what extent are you willing to go to extend your life if quality of life if missing?  A second issue is the lack of information coordination between physicians.  I currently have a client who has declined significantly in the past four months and has little idea of what is really wrong with him.  In part, I imagine because he may not have listened or read into what his physician, who was likely dancing around the issue, was trying to tell him. Also because his physicians were not talking with each other to develop a coordinated plan of care for my client, oops!  I became involved and the physicians are now talking to each other.  His condition is terminal and he will not improve.  With this knowledge and education from me, he made the decision to choose hospice.

This leads us to the “P” and “H” words that family caregivers and individuals needing care do not want to hear.  Palliative care is relatively unknown and involves managing chronic pain.  Palliative care is often a precursor to the other word no one wants to hear – the “H” word, hospice.  If someone is receiving hospice care this means their body functions are progressing toward death.  No one wants to talk about death of the body.

I prefer to have control over my situation rather than being subjected to months of experimental treatment, radiation, chemotherapy or surgery that has little chance of success.  Both my brother and my father-in-law, diagnosed with leukemia and cancer, went through months of treatment that made them extremely ill.  The doctors only brought up hospice during the last week of life, which in my opinion was an injustice.  The discussion about palliative and hospice care should have occurred months earlier, giving my family members a choice about the quality of life at the end of life.  What quality of life results from treatment that will not change the end result?

Here are statistics regarding costs, delayed decisions and the inability of medical providers to talk about the likelihood of death.  According to CMS, Medicare recipients who die account for 28% of all costs to the Medicare program in the last two months of life.  A Harvard study of advanced cancer patients who did not have end of life conversations with their physicians incurred a cost of $2,917 in the final week of life versus a cost of $1,876 for patients who had the conversation about death.  Statistics indicated that the treatments received by the more expensive group did not improve quality of life or extend their life.  A simple conversation about end of life resulted in a cost reduction of $1,000 per week with the same outcome.  Why not have the conversation?

According to the CDC between the months of January through December 2008 there were approximately 2,483,140 reported deaths in the United States.  One wonders how many of these individuals lingered in pain or misery at end of life without counseling?  How many did not have living wills, how many lives were extended because there was no one to make decisions and how many participated in experimental studies or endured months of chemotherapy or radiation that did not change the outcome?  I don’t know anyone who wants to die a painful, indecisive death yet only 30% of us have plans NOT to do so.  When will you take your end of life into your own hands?

Return to the End of Life Category Page