Alzheimer’s Disease and The Transformational Power of Music 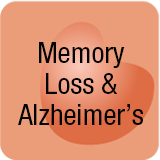 While Alzheimer’s disease steals memories from once healthy individuals, one memory that remains is the memory of music. According to an article by D. Aldridge, “While language deterioration is a feature of cognitive deficits, musical abilities appear to be preserved.”1

If you doubt the potential of the power of music to transform the lives of individuals with Alzheimer’s disease, watch a clip from the movie Alive Inside that documents amazing improvements in previously non-responsive individuals. While many individuals with Alzheimer’s disease are perceived to have behavioral problems, how might music offer a solution?  In the movie trailer, Henry is reawakened by listening to his favorite songs by Cab Calloway.

For many diagnosed with Alzheimer’s disease, days become routine sitting at home in front of the television or in an assisted living community where there may be little or infrequent activity of interest. Research indicates the importance of brain activity and mental stimulation.  Environment also plays a significant role for individuals with Alzheimer’s relative to light, dark, sound and noise level, color and levels of stimulation.

“When residents in a skilled nursing facility become over-saturated with stimuli from their surrounding environment, their inability to properly perceive what is happening around them may result in negative behaviors such as agitation, anxiety, loud vocalizations and physical aggression.  Rather than accepting behaviors to be a part of Alzheimer’s and other dementias, it is often the ever changing environment that produces a negative effect on the person with these diagnoses. 2

While medications are often prescribed and helpful with behavioral issues, music should also be considered as a non-prescription alternative. According to Dan Cohen, “favorite music has a calming effect allowing the listener to focus on the present and regain connection with others.”3  Dan recommends using an I-Pod to create a favorite music playlist or to download favorite old time radio programs or audio books.  For an investment of less than $100 for an I-Pod and a set of headphones, the inner life of a loved one diagnosed with Alzheimer’s may be transformed.

While Alzheimer’s disease and other dementias are often unpredictable in their progression, it is important to preserve activity and dignity as long as possible.  Music presents an opportunity to transform the lives of individuals diagnosed with Alzheimer’s disease regardless of the level of disease progression.

Join Our Group of Industry Professionals