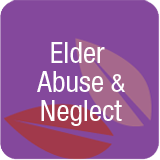 Years ago when I operated my own in home caregiving company, I was retained to set up care for a married couple.  When I met the wife who we’ll call Mary, she was recovering from a hip fracture in a local nursing home.  She was petite with a very sweet, kind and thankful disposition.  The neighbors, concerned about their welfare, had been helping the couple for some time because they had no children, however admitted that they could no longer be involved on a regular basis due to their own schedules and life demands.

The couple was in their nineties. The first time I met the husband he was resistant to the idea of having strangers, in home caregivers, in his home.  However he did realize that if his wife was to return home help was needed to care for her because his health was not good.  The nursing home where his wife was receiving care also expressed concern. 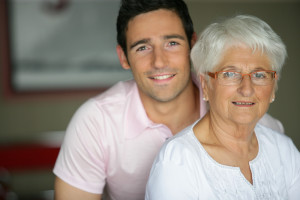 After Mary returned home and twice daily assistance, morning and evening, began Mary started to take the caregivers aside and say things line, “don’t cross him or he’ll bonk you on the head”.  There were also times when she asked the caregivers “not to leave her because she was afraid of being alone with him”.  The caregivers noticed bruises on Mary’s back and arms when they were providing bathing assistance and became greatly concerned.  I reported the concerns and bruises to county adult protective services because all involved were concerned for Mary’s safety.

Those of us involved witnessed small signs of agitation and impatience by her husband.  We did not actually witness any physical abuse although we witnessed and heard verbal abusive directed at Mary by her husband.  He was very impatient and often made fun of Mary not being as intellectually quick as he and he frequently called her stupid.  Unfortunately before an investigation could be initiated, Mary had another fall during the night.  She broke her arm and the hip not previously broken.  Mary was hospitalized and passed away within the week.

According to the CDC, 92% of women who are physically abused by their partners do not discuss the abuse with their physicians, 57% did not discuss the incident with anyone. 1   A study published in the Gerontologist, February 2007, indicated that only 3% of older women were asked by health providers if they were a subject of domestic violence and if the subject did arise, they felt discounted or unsupported. 2  There are 3.9 million women who are married or living with someone who are physically abused, another 20.7 million who are verbally or emotionally abused and yet physician’s don’t ask and women don’t tell.

Many times if the mother is abused, children also suffer abuse.  As time passes and children move out of the home the situation within the home remains the same.  Young abused married women become older abused women.  Children who have knowledge of the situation often don’t know how to respond except by removing themselves from the situation when they are old enough to leave home.

Women often feel that they can’t leave due to financial reasons related to their inability to support themselves.  This is an unfortunate but common situation.  Abusers often tell the abused that they will be unable to survive emotionally and financially without the abuser.  This fear results in an ability not to take action.

Lifelong domestic violence transitions into elder abuse in our aging population.  The situation becomes more significant when an older adult is diagnosed with cognitive impairment or another chronic condition and the person providing care, usually the abuser, controls the care situation.

It is at this time that many adult children choose to become re-involved because they see that their parent no longer has the ability to care for him or herself.  Instead the parent remains a participant in a longstanding relationship of domestic violence and abuse.  In some cases legal involvement is beneficial to appoint a legal power of attorney both financial and medical who is not the caregiving spouse.  In other cases, guardianship and conservatorship may be the need if proof exists that the caregiving spouse is committing physical or financial harm.

Managing these situations is never easy because the result is usually an increased degree of family discord especially if parents must be separated.  However, most families should recognize that the discord already exists and that ignoring the situation won’t change the abuse that is occurring.  A degree of responsibility does exist to do the right thing on behalf of a vulnerable parent or loved one.

If you are in a similar situation and feel unable to participate because of emotional stress, retain an advocate to support you who may be able to accept the role of the responsible legal party to ensure that your parent or other loved one remains safe and receives care that is dignified and deserved.  Sometimes just acknowledging that you feel emotionally unable to accept the caregiving role makes all the difference and allows care to occur through others.

In my role as an advocate, I commonly serve as the responsible party either as power of attorney or as court appointed guardian.  Not being involved in a longstanding family history of abuse allows those of us who serve as advocates to ensure proper care occurs for a loved one.

Return to Elder Abuse & Neglect PageReturn to All Category Page