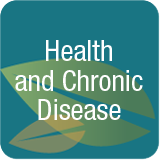 Several months ago I met a married couple aged 97 and 95 and was amazed that they were still living at home and were fairly active. Most clients I meet who are this advanced in age have multiple chronic diseases and great difficulty with daily activities. This was not the case with Jim and Barbara. I met with them because they were beginning to wonder IF they should move from their home into a retirement community.

I was immensely curious how they managed to live to such advanced ages.  After assessing the situation and responding to their questions, I could not leave their home without asking their secret. Jim told me that throughout his life he had an interest in holistic health. He survived cancer and several other serious illnesses. Barbara had a similar experience. They both believed that investing money in natural health was the secret to their good health and longevity. Barbara admitted that she just stopped hiking because she lost a long time friend who was her main hiking partner so instead she is now walking three miles a day in her neighborhood.

Karen, one of my good friends is an advocate of naturopaths. She feels like many that insurance companies should pay for alternative health because traditional medicine does not solve many root causes. Her daughter now almost three was sick nearly from birth. After seeing a naturopath it was discovered that she had diet intolerance’s to cheese and other products that were causing continual stomach upset and runny noses.

Naturopathy offers individuals opportunities for healing rather than treating only the symptoms of a disease.  Traditional medicine offers prescription drugs to mask symptoms, but not to solve the underlying cause of disease. Often, traditional medicine looks at illness as an organ system or specific disease.  How many people do you know who sees various physicians for example a cardiologist, neurologist, internist, orthopedist, nephrologist, hematologist, gynecologist and a general practitioner?  In traditional medicine it appears that areas of specialty take priority versus how the whole person is affected.  In naturopathy, the individual as a whole person benefits by becoming more involved with their health, learning how to prevent disease, as well as receiving quality care.

Returning to Jim and Barbara’s story, before leaving their home I obtained the business card of the practitioner they had been seeing for years. Curious, I emailed her and because of busy schedules we met several months later. I was very curious and my first meeting was not intended to be diagnostic in nature, I wanted to meet her and see what she was about.

I will be honest, I was slightly skeptical.  However, I must say that I am now a believer in naturopathy. In a matter of sixty minutes, with very little information from me she was able to tell me of past body experiences i.e. knee surgery from running, a back injury when I was very young and having my tonsils removed.  Since I am a believer in preventative medicine we also discussed things I am doing now to prevent health issues in later life.

I am now including mention of holistic health and naturopathy in discussion with my clients who have experienced chronic diseases with little resolution.  I believe results may be achieved by naturopaths and alternative providers by investigating health situations from a different perspective, the whole body versus a single body part or disease.

If you or someone you know is experiencing unresolved medical issues, I highly suggest investigating alternative therapies and treatment methods.  There is no reason to suffer from heath conditions that affect your daily life if other solutions, rather than traditional medicine, exist.

Return to the Health and Chronic Disease Category Page